Francis, “It’s healthy to get things out into the open, it’s very healthy.” 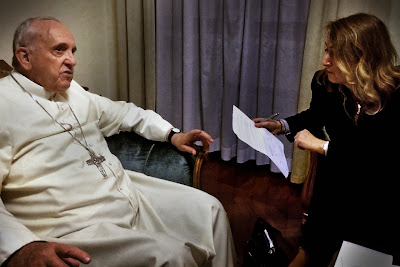 
Elisabetta Piqué: Whenever the status quo changes, which is what happened when you were elected pope, it’s normal to find resistance. Some 20 months later, the resistance seems to have become more evident…

Elisabetta Piqué: Do you believe resistance is connected with your cleansing efforts, with the in-house restructuring of the Roman Curia?

Francis: To me, resistance means different points of view, not something dirty. It is connected to some decisions I may occasionally take, I will concede that. Of course, some decisions are more of the economic type, and others are more pastoral….

source: La Nacion, Pope Francis: "God has bestowed on me a healthy dose of unawareness" 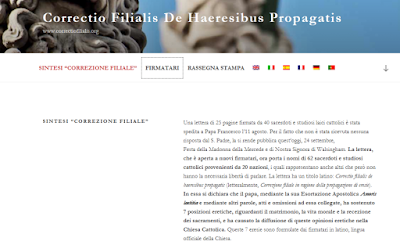 Does Francis still stand by his words?  Is the ‘Correctio Filialis De Haeresibus Propagatis’ a “healthy” sign of  “getting the resistance out into the open” or is it “something dirty”?
Posted by hereisjorgebergoglio at 2:22 AM