“The abuse from many, including those who run websites and Traditionalist blogs aimed at the Holy Father and those who are loyal to him, is nothing short of satanic. You are their role models and that is an intolerable situation. In reality, there is no confusion but only outright rejection and defiance towards the legitimate Pope and his magisterial teachings. If all the Cardinals had accepted and defended Pope Francis’ clear teaching, there would have been no fuel for the dissenting fire.”


Wow, Mr. Walford accuses the four dubia cardinals (Caffarra, Burke, Brandmuller, and Meisner) of being “role models” for the ‘satanic abuse’ being directed at Francis!  He also gives this bit of advice to the cardinals:


“We must realize that in the real world–where most of us laypeople live and work–the old ways of converting no longer work. People need witnesses of love and mercy who present them with a reason to believe. We have no choice but to meet people where they are and work from there. We cannot preach hell to people who consider an eternity of heaven as dull and pointless.”


We encourage the reader to read the full Open Letter (click here) to see its absurdity.  So how did Francis respond to this Open Letter?  He invited Stephen Walford and his family to the Vatican where they had a 45 minute private audience!  How did Francis have 45 minutes to spare in his day when he still hasn’t answered these five dubia?  A simple yes or no to these questions would go a long way to clarifying the situation but then that’s too “rigid” for Francis.  Dear reader, as you look through the photos that the Walford family posted on social media (see below) remember that they received 45 minutes with Francis in his private quarters while the family of Asia Bibi received a measly 15 seconds at a general audience!

— The social media postings of the Walford Family — 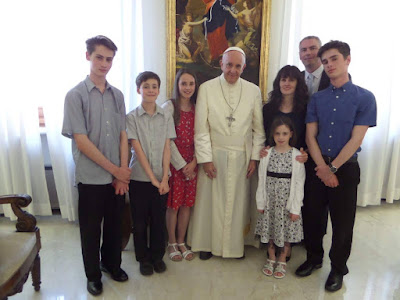 Mr. and Mrs. Walford with their five children pose with Francis. 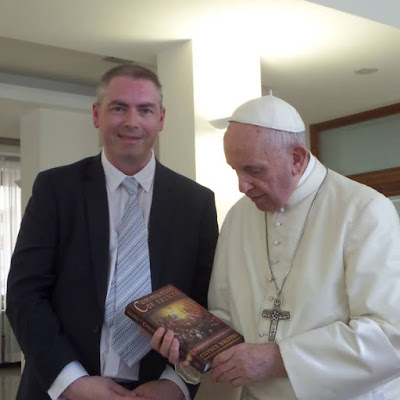 Walford gave Francis a copy of his book ‘Communion of Saints:
The Unity of Divine Love in the Mystical Body of Christ’. 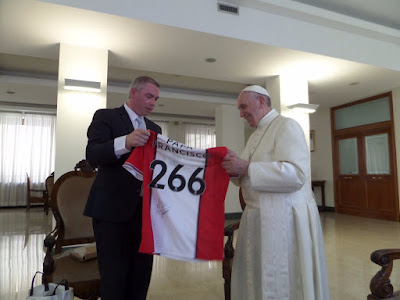 Walford also gave Francis an autographed soccer jersey
with #266 because Francis is the 266th pontiff. 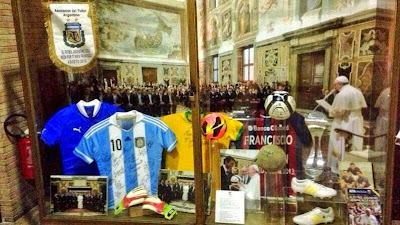 Will Francis add the jersey given to him by Walford to his football shrine? 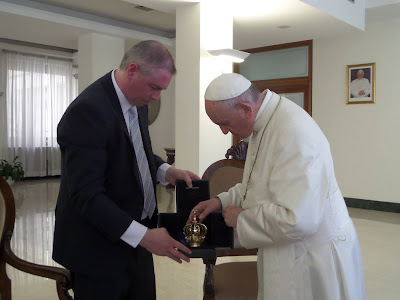 Another gift, this time it was some type of crown. 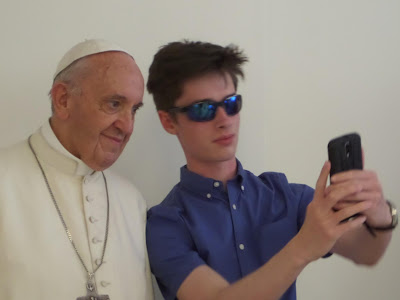 Classy!  Wearing sunglasses indoors while taking a selfie with Francis. 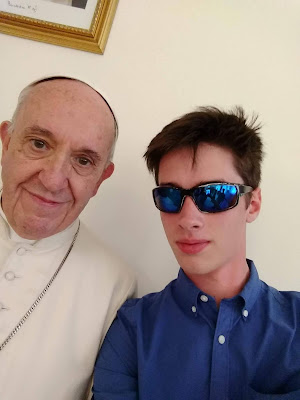 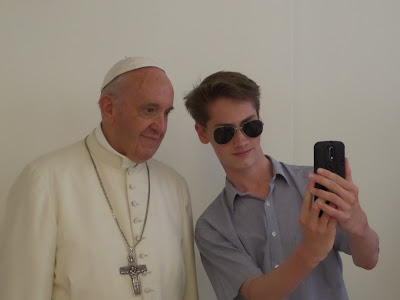 Another Walford boy with sunglasses, does infantile glaucoma run in the family? 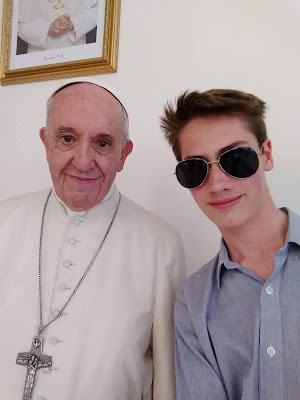 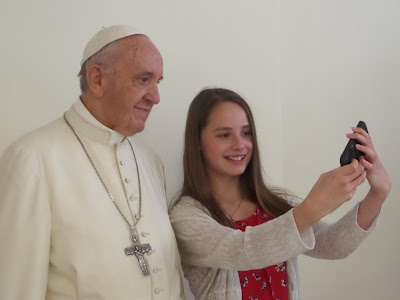 At least the Walford girl is showing good manners for her selfie. 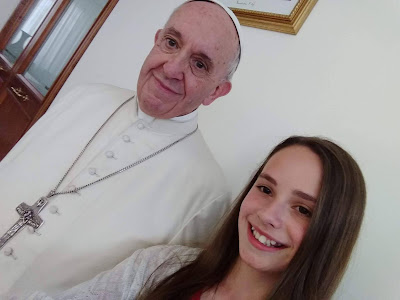 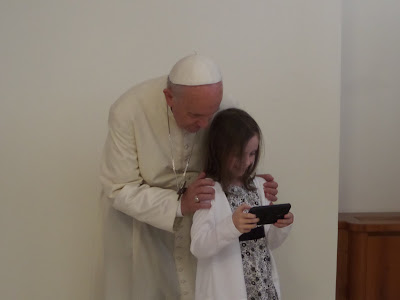 My goodness at what age do children learn to take selfies? 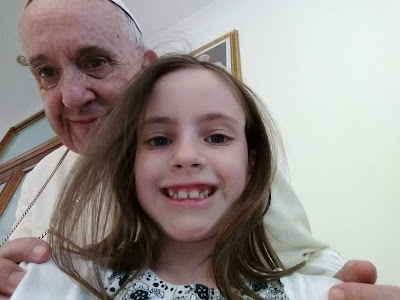 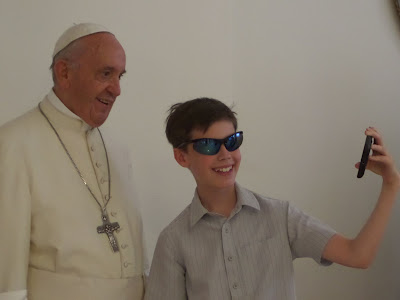 Remember 15 seconds for Asia Bibi’s family and 45 minutes for crap like this. 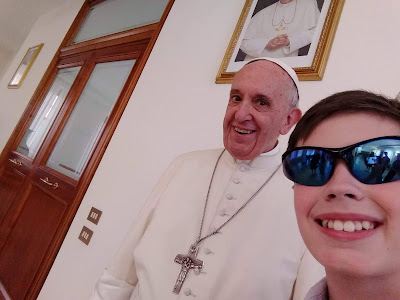 One more family photo with Francis! 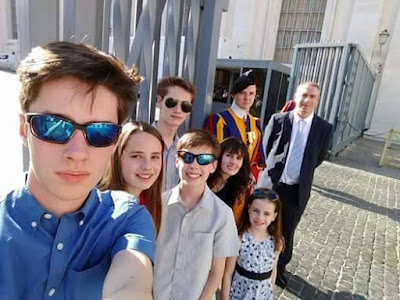 A selfie before getting the VIP treatment at the Vatican! 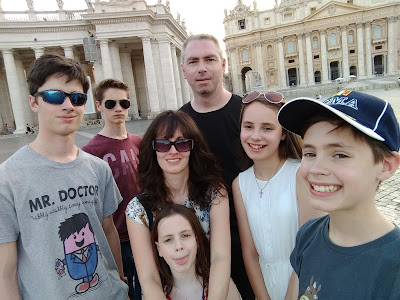 The “clear teaching” of Francis is his behavior.
Posted by hereisjorgebergoglio at 5:22 PM