How many books on Talmudic Judaism does Francis have in his personal library? 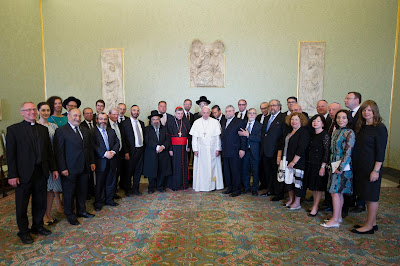 A celebration of Yidishkeyt in the Vatican shtetl.


On the last day of August, Francis had a personal audience with several groups of Talmudic Jews among those represented were the Conference of European Rabbis, the Rabbinical Council of America, and the Commission of the Chief Rabbinate of Israel.  These Talmudists were at the Vatican to thank Francis for being such a good ally and to present him with the official Talmudic rabbinical response to Vatican II’s Nostra Aetate, the declaration ‘Between Jerusalem and Rome’ written by the Conference of European Rabbis and the Rabbinical Council of America.  This is notable because it is the first time that Talmudic Orthodox Jews have responded in an official capacity to Nostra Aetate.  Before he received the new books for his library Francis gave an address to his guests during which he said that Nostra Aetate was, “the ‘Magna Carta’ of our dialogue with the Jewish world” and wished his guests a “Shanah tovah!” and “Shalom alechem!”.  Rabbi Ratzon Arusi, chairman of the Commission of the Chief Rabbinate of Israel, said of the audience, “Bergoglio has recognized the new form of anti-Semitism, that is to say, one that directs its attacks towards de-legitimizing Israel.  Our commitment to the Church it must then make a way to mobilize as many people as possible, so that this constant hatred towards the other, towards the foreigner will cease.”

The books given to Francis were:

Communitati et Orbi, To the Community and to the World by Rabbi Pinchas Goldschmidt literally means The Jewish Community and the Gentile World, To the Jewish Community and to the Gentile World.  This book contains essays and addresses given by Goldschmidt in which he applies Talmudic Judaism to social, cultural, and religious issues that affect Jews today.  It is endorsed by a motley crew of Talmudists: Speaker of the Knesset, Yuli Edelstein; the first vice-president of the European Commission, Frans Timmermans; UAE Ambassador, Omar Saif Ghobash; Rabbi Lord Jonathan Sachs; and Archbishop of Vienna, Cardinal Christoph Schönborn.  Remember Goldschmidt is the same rabbi who said, “(Muslims) are Jews’ natural allies,” in Europe.

The book, Die Zukunft Europas und das Judentum: Impulse zu einem gesellschaftlichen Diskurs, has chapters written by by Shlomo Avineri, Wolfgang Benz, Rabbi Schlomo Hofmeister and Imam Ramazan Demir, Charlotte Knobloch, Bundesminister Sebastian Kurz, Rabbi Ronald S. Lauder, Karl Fürst Schwarzenberg, Bassam Tibi, and Ingo Zechner. Its title translated into English is “The future of Europe and Judaism: Inspirations for a new social discourse” and is about the history of the Jews in Europe.  Specifically it covers the Jewish efforts to achieve equality, resist anti-semitism which resulted in the Shoah, and how in today’s anti-semitic world full of terrorism the vision of Theodor Herzl can be fully implemented.

The declaration, כלל ופרט בין ירושלים לרומי - Between Jerusalem and Rome: The Shared Universal and the Respected Particular Reflections on 50 Years of Nostra Aetate is laughable in its portrayal of the Jewish people as the eternal victim since the destruction of the Temple by the Romans in A.D. 70.  It reads,


“The Jewish people's dual obligations – to be a light unto the nations and to secure its own future despite the world’s hatred and violence – have been overwhelmingly difficult to fulfill. Despite innumerable obstacles, the Jewish nation has bequeathed many blessings upon mankind, both in the realms of the sciences, culture, philosophy, literature, technology and commerce, as well as in the realms of faith, spirituality, ethics and morality. These, too, are a manifestation of God's eternal covenant with the Jewish people.”


and then continues by stating that with Nostra Aetate the Catholic church is coming around closer to how the world should be as envisioned by the Talmudic rabbis,


“Therefore, to extend the amicable relations and common causes cultivated between Catholics and Jews as a result of Nostra Aetate, we call upon all Christian denominations that have not yet done so to follow the example of the Catholic Church and excise anti-Semitism from their liturgy and doctrines, to end the active mission to Jews, and to work towards a better world hand-in-hand with us, the Jewish people.”


To sum it up, what this document says is abandon Christ and the Faith He instituted — become a good Noahide instead!

One can be certain that Francis will excitedly read and also will gladly implement what theses books suggest! 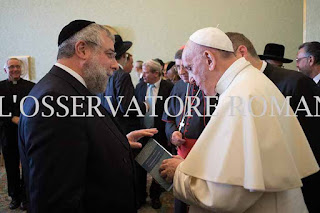 The Chief Rabbi of Moscow, Pinchas Goldschmidt, gives Francis a copy of
his book, Communitati et Orbi, To the Community and to the World. 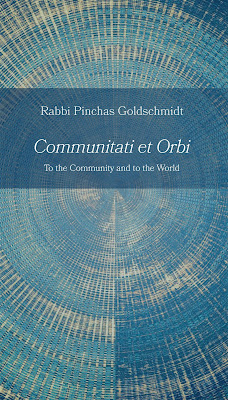 Communitati et Orbi, To the Community and to the World by Rabbi Pinchas Goldschmidt 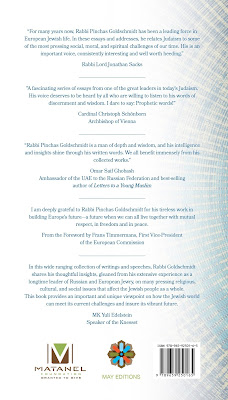 Endorsements on back cover of Communitati et Orbi, To the Community and to the World. 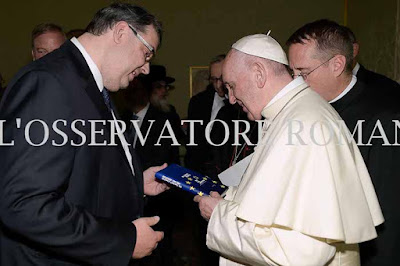 Oskar Deutsch, president of the Israelitische Kultusgemeinde Wien, gives Francis a copy of the book he edited. 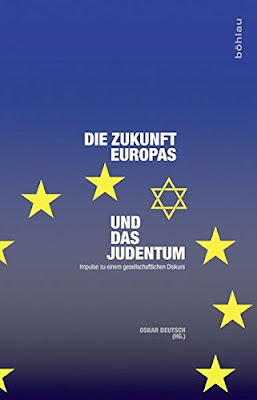 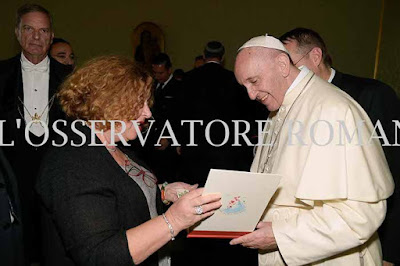 Call Me Jorge... has no idea who this woman is or what book she gave Francis.  If
any reader knows the answer, please let us know in the comment section below. 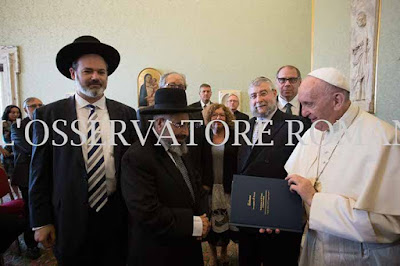 Francis presented with his copy of the rabbinic declaration ‘Between Jerusalem and Rome’ by Rabbi Arie Fogler a member of both the Conference of European Rabbis and the Rabbinical Council of America. 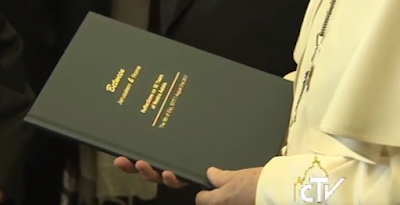 Close-up of ‘Between Jerusalem and Rome’ in Francis’ hands. 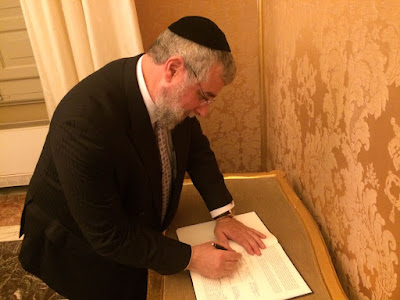 Rabbi Pinchas Goldschmidt signs the copy to be presented to Francis of ‘Between Jerusalem and Rome’ in a hallway outside The Clementine Hall shortly before the private audience. 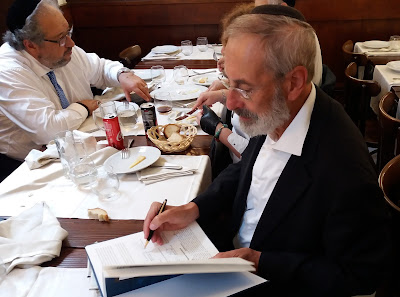 Rabbi Riccardo Di Segni signs the declaration of ‘Between Jerusalem and Rome’ to be
presented to Francis in a kosher restaurant in Rome before the private audience.

Posted by hereisjorgebergoglio at 6:27 PM