This is our inaugural post on occultism in the Novus Ordo among its laity, religious, bureaucrats, and artwork.  For them occultism is just fun and games.  The are several dangers that the occult presents: man as God; all technology as good, regardless of its moral consequences; science as a demi-god; these and other dangers put one firmly on the road to perdition.  Below is a quote from J.K. Rowling about who she is and what Harry Potter is about — an alchemist and alchemy. 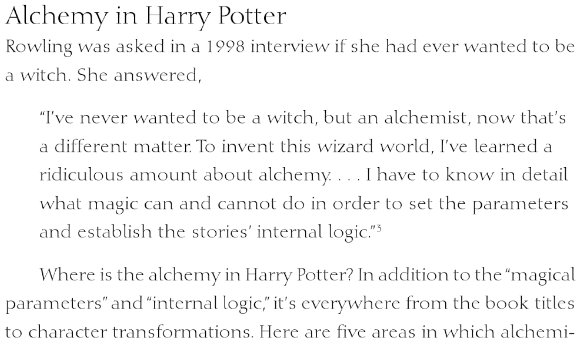 source: How Harry Cast His Spell: The Meaning Behind the Mania for J. K. Rowling's Bestselling Books by John Granger, page 32


The sisters can’t get enough of Harry Potter
who they see as a Christ-like figure.


More on the love Sr. Rose speaks about:

Posted by hereisjorgebergoglio at 5:15 AM