Ouch!!! Francis gets a shiner! 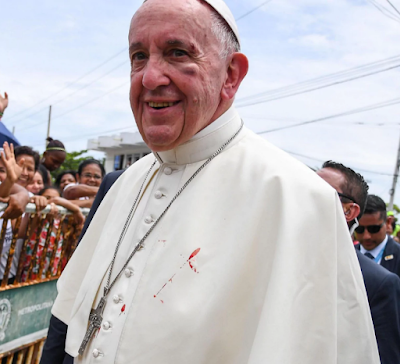 Francis with a cut above his left eye, a bruise below it, and a blood stained cassock.


Riding around in the Popemobile today, Francis ‘the humble’ bumped his head on the bullet-proof glass and its iron frame when he lost his balance as the driver applied the brakes unexpectedly and sharply.  Like the revolutionary he is, he just shrugged and soldiered on.  When asked about it later he quipped, “I was punched. I’m fine.” The head of the Holy See’s Press Office, Greg Burke said of the incident, “The pope is fine. He injured his left cheekbone and eyelid.”

An animated gif of the moment the incident occurred. 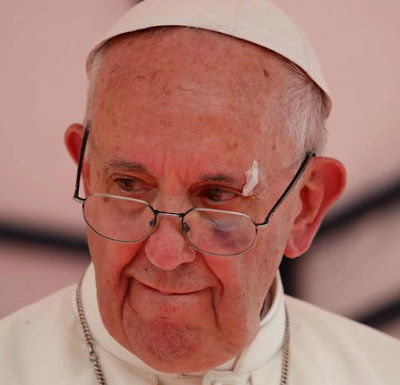 One hopes and prays that God knocked
some Catholic sense into him.

new angle of Francis getting a black eye and cut

Francis comments about the incident

Posted by hereisjorgebergoglio at 3:33 PM