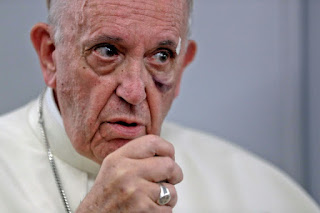 
Francis ‘the humble’ can’t help it.  Everybody is out to get him or so he perceives.  The first hit was his anger with Sandro Magister publishing 13 cardinals objections to the Synod, next up was the Anti-Francis Dossier making the rounds through the Vatican, followed by 45 scholars condemning Amoris Laetitia as heretical, then the big hit - Francis’ boiling over with rage at the public release of the five dubia, afterwards were the anti-Francis pasquino and the Fake L’Osservatore Romano, and subsequently the 25-page “Filial Correction” titled Correctio Filialis De Haeresibus Propagatis (“Filial Correction on Account of the Propagation of Heresies”) signed by 62 scholars.

This “Filial Correction” was given to Francis on 11 August 2017 but has only become public now since Francis, as is his modus operandi, ignored it. 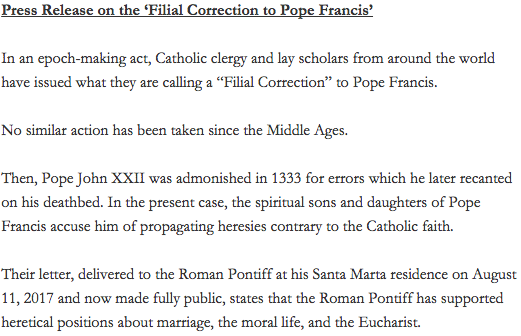 A summary of the document can be read (click here) and the full English text of Correctio Filialis De Haeresibus Propagatis (click here).  One can peruse the 62 signatories (click here) which interestingly was signed by Opus Dei’s Dr. Gerard J. M. van den Aardweg, the European editor of the Empirical Journal of Same-Sex Sexual Behavior, and only one Bishop, Bernard Fellay the Superior General of the SSPX.  The list is a who’s who of those upset with Francis.  One more person of interest to readers is Fr. Robert Brucciani, the District superior of the SSPX in Great Britain, who was responsible for the disgusting Brook Sexual Behaviors Traffic Light Tool being part of the SSPX’s “St. Michael’s School Child Protection Policy, Procedure and Guidance”.  Noticeably absent are the signatures of Raymond Burke, a false conservative; Walter Brandmuller, who must still be considering a ‘fraternal correction’; and Athanasius Schneider, he must be busy with interreligious dialogue!

Now that the “Filial Correction” has been made public, how will Francis respond?

interesting at the chaotic Vatican! 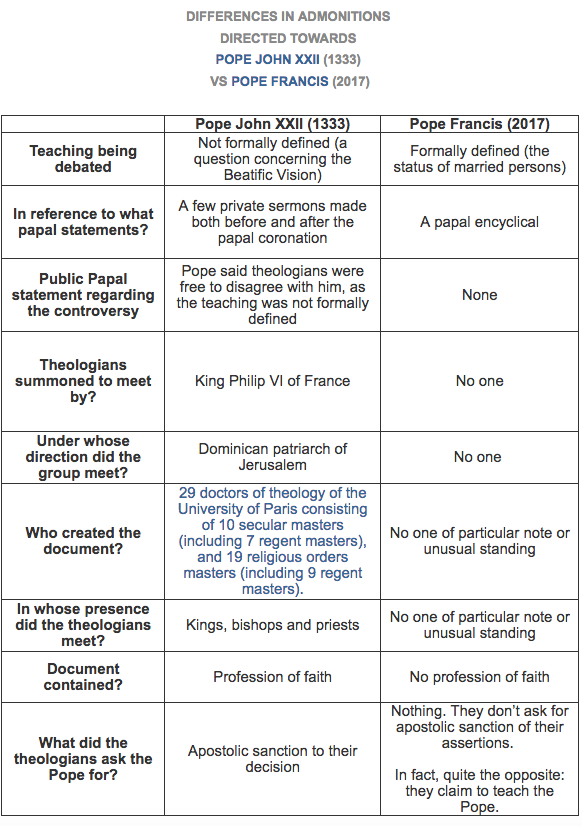 Posted by hereisjorgebergoglio at 11:34 PM