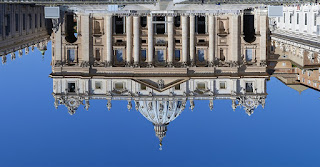 “In the global situation, in which virtually there are no longer any more homogeneously Christian environments that can offer the individual Christian the support of a collective mentality and in the “only partial identification” with the Catholic faith and with its ensuing sacramental, moral and spiritual life, perhaps the problem, mutatis mutandis, of a dissolution of a first marriage contracted not “in the Lord” (1 Corinthians 7:39) in favorem fidei. may also arise for the baptized Christians that were not sufficiently evangelized.”

source: La Stampa, Communion to the remarried, Müller, “There can be mitigating factors in guilt”


Curial cardinal Gerhard Ludwig Müller does not rule out admitting remarried divorcees to Communion “in extreme individual cases”, according to media reports. Although a general admittance to Communion for such members of the faithful could not be granted, in specific cases there could be “an admittance in the realm of conscience”, the leader of the Vatican Congregation for the Doctrine of the Faith said in a conversation with “Focus” magazine. This was also the view of John Paul II’s 1981 document “Familiaris consortio” (n. 84), according to Muller. “It is possible to think further in this direction”, the German cardinal said. In any case one would have to proceed in accordance with “theologically justifiable perspectives”.
As prefect of the Congregation for the Doctrine of the Faith, Cardinal Muller is participating in the world synod of bishops currently in session. He is part of the German language group, in which are represented nearly all synod participants from Germany and Austria, among them Cardinals Walter Kasper, Reinhard Marx, and Christoph Schönborn.

And remember Francis said this is 2016,

“I’ve seen a lot of fidelity in these cohabitations, and I am sure that this is a real marriage, they have the grace of a real marriage because of their fidelity”


More inversion of the Church...


Down is up, up is down, left is right, right is left, 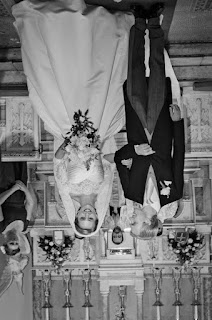 Posted by hereisjorgebergoglio at 12:52 PM