What book did Francis receive from Rabbi Pynchas Brener? 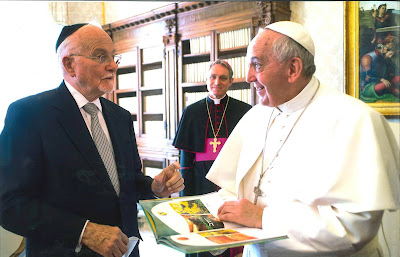 If there is one thing Francis loves, it’s Talmudic books!


Back in 2015, we briefly reported on the visit of a rabbi to the Vatican, see Pynchas Brener becomes rabbi #89,324 to visit Francis at the Vatican.  Being a good guest (even though he invited himself), Rabbi Pynchas Brener, the Ashkenazi Chief Rabbi of Caracas, Venezuela, came bearing gifts for Francis.  One of these was a book, Agadá: Zuron Yosef y Rajel. Below is the best photo we could find over on the Vatican’s official website for photographs.  As you can see, the book can be readily identified by its colorful cover design. 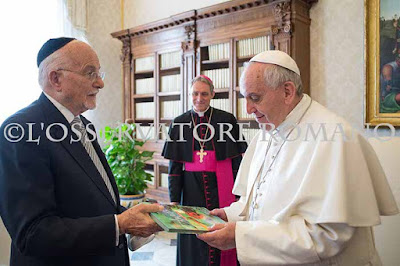 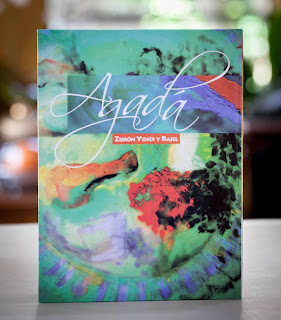 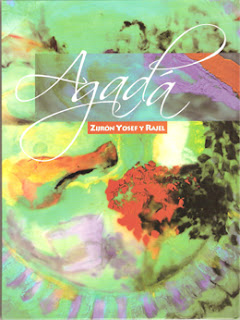 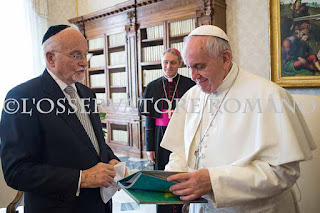 It should come as no surprise that Francis is correctly opening the book
backwards as he is very familiar with Talmudism and knows all its minutiae.


The book presented to Francis is a Sephardic Agadá (haggadah) for the seder meal.  It was made in Latin America and has direct translations from Hebrew to Ladino with explanatory notes in Spanish by Rabbi Pychas Brener.  The book contains the history and rules regarding the seder and how it leads the Jewish people out of oppression to redemption.  When covering the fundamental themes of the seder, the book delves further into Jewish thought and explains the laws that lead to the observance of this festival which it suggests are unique and brings freedom.  The illustrations in the book were carried out by Irene Pressner.  On Rabbi Brener’s website it brags, “A copy of this Agadá is in the Vatican library.”

This however wasn’t the only gift which Francis received from rabbi Pynchas.


CMJ translation:  “I gave him a Haggadah of Pesach (seder) and a Kippah, in the name of friendship and good relations between nations. Soon I will publish the words I said in front of the Pope.” 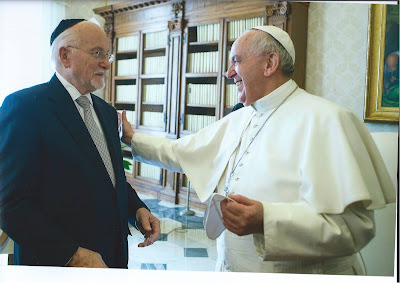 Francis was more than happy to receive a kippah from the rabbi!


Francis must have been doing cartwheels in ecstasy!  To receive not one but two Talmudic and anti-Catholic gifts at one time.  For those unfamiliar with how anti-Christian the seder meal is — please see, Raymond the Rabbi attends Seder Meal, and scroll down until you read the header — Burke attends Seder Meal.  In that post the seder is covered and how it: was created after the destruction of the Temple in A.D. 70 and was finalized in the 3rd century A.D.; is an anti-Gentile curse; contains occult symbolism; is magic; tells the tale of the drowning of Christians by Prophet Elijah; celebrates Talmudic freedom — which is a far cry from how Catholics define freedom; etc...  We doubt this book ever made it to the Vatican’s library as we believe Francis probably keeps it bedside.

The second gift was a kippah.  Notice this is what the rabbi wrote on his facebook page that he gave him “a kippah” — nothing was said about a zucchetto.  Both Francis and Brener are educated enough to know the difference between the two.  If the reader isn’t familiar with what the difference is and what the kippah represents — please see, the kippah or the yarmulke — an outward sign of rejection of Our Savior, Jesus the Christ.  Knowing how much Francis is into the occult and how much he enjoys mocking Our Savior Jesus the Christ, we bet Francis has worn the kippah many times in public and almost laughed his inner-Jew out of himself as he pulled off another burlesque jest on his unsuspecting and adoring public. 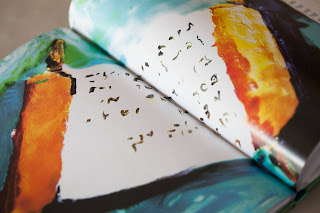 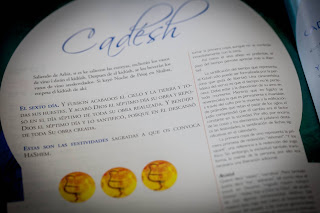 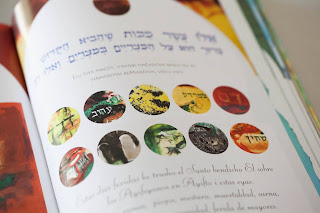 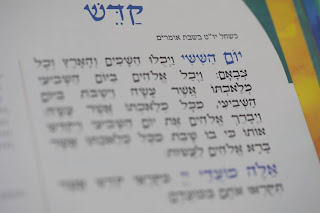 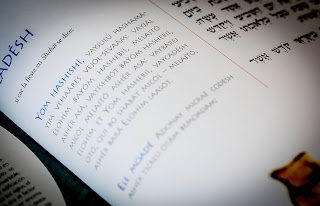 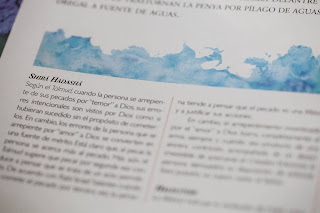 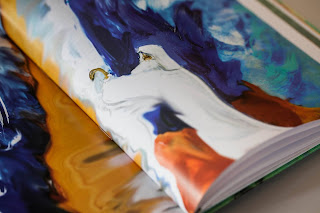 Posted by hereisjorgebergoglio at 9:45 AM