Jorge Mario Bergoglio breaking the rules back in 2002 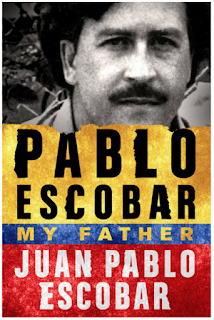 According to Juan Pablo Escobar Henao (aka Sebastián Marroquín), the son of Colombian drug lord and narcoterrorist Pablo Emilio Escobar Gaviria, his mother arranged for his fiancé (María Ángeles Sarmiento) and he to marry in a Catholic ceremony outside a Catholic church even though church law in Argentina forbid it. The facilitator who mad it happen was none other than the bishop of Buenos Aires — Jorge Mario Bergoglio.


The archbishop of Medellin, Alberto Giraldo Jaramillo, in 2014 said,


“In view of strange irregularities that have arisen due to the invalid celebration of weddings in hotels, banquet halls, social salons, farms, and other places rather than parish churches, I have considered it appropriate to remind you that such marriages would in and of themselves be NULL.”


This is also stated in a church circular on marriage the Catholic church in Colombia has published,


“THE PRIESTS CAN NOT CELEBRATE MARRIAGES IN HOTELS, RECEPTION HOUSES, SOCIAL HALLS OR FARMS AND THEN REGISTER THEM IN THEIR PARISHES. THEY WILL BE NULL MARRIAGES.”


Of course Jorge Mario Bergoglio has no problem bending and breaking rules as well as laws.  After all one of the greatest sins to him it to be too rigid.  Then you also have to consider the fact that he believes “the great majority of our sacramental marriages are null.”


strange favors of the peripheries 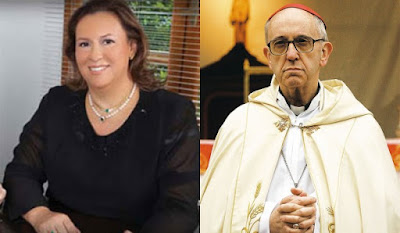 The mother and the bishop — Maria Victoria Henao and Jorge Mario Bergoglio
Posted by hereisjorgebergoglio at 5:06 PM