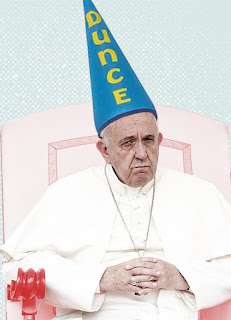 
Many conservatives in the Novus Ordo portray Francis as a simpleton.  On social media often the reaction to the latest anti-Catholic shenanigans Francis is that he is a fool who was never educated and therefore doesn’t understand what he is doing.

The truth of the matter is that Francis is highly educated and very well read.  In a recent tweet, by his biographer Austen Ivereigh it is pointed out that Francis knew where the occultist Henri de Lubac got the term  “spiritual worldliness”.  Only someone steeped in the arcana of ‘ressourcement’ and Vatican II would know this. 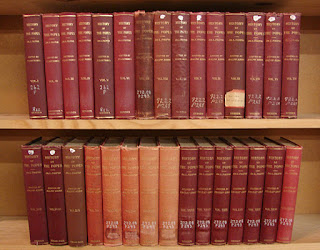 Francis has read this collection of books from cover to cover.


In his Address to Italian Association of Church History Professors (12 January 2019) Francis bragged of being “enthusiastic about reading about history,” having read all thirty-seven volumes of Ludwig von Pastor’s History of the Popes and “it did me good.”

Three other examples out of countless examples of his past behavior should suffice.  Firstly, in 2015 during one of his rambling in-flight interviews that he conducts on return trips to Rome he recommended reading Lord of the World by Msgr. Robert Hugh Benson in order to understand Francis’ concept of ‘ideological colonization’.  Secondly, Francis knows the minutiae of Halakhic law, down to what is and isn’t kosher food and how it should be prepared. He demonstrated this at the kosher lunch he hosted for his rabbinical friends at Casa Santa Marta in 2014.  Lastly, Francis is constantly collecting and reading books dedicated to Judaica for his ever growing library.

Francis is not only intelligent and calculating but has an education that would rival those with doctorates in their respected fields. 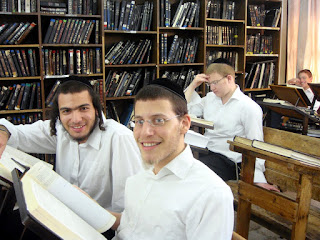 Francis has enough Judaica books in his personal library to outfit a yeshiva.
Posted by hereisjorgebergoglio at 6:44 PM