The FSSP — Opus Judei ex-Episcopalian priest podcaster teaches his listeners gnosticism from his car in Texas but tells them it’s Catholicism!

What does the Catholic Encyclopedia have to say about Taylor Marshall’s gnostic gematria?


“Suffice it to note here that although the Fathers repeatedly condemned the magical use of numbers which had descended from Babylonian sources to the Pythagoreans and Gnostics of their times, and although they denounced any system of their philosophy which rested upon an exclusively numerical basis, still they almost unanimously regarded the numbers of Holy Writ as full of mystical meaning, and they considered the interpretation of these mystical meanings as an important branch of exegesis. To illustrate the caution with which they proceeded it will be sufficient to refer to one or two notable examples. St. Irenæus discusses at length the Gnostic numerical interpretation of the holy name Jesus as the equivalent of 888, and he claims that by writing the name in Hebrew characters an entirely different interpretation is necessitated.”

entry Numbers, USE OF, IN THE CHURCH, p. 151, The Catholic Encyclopedia: An International Work of Reference on the Constitution, Doctrine, Discipline, and History of the Catholic Church, Volume 11, (1913). 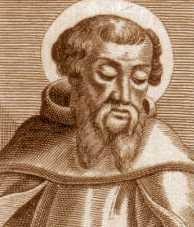 According to St. Irenæus people like Marshall who teach this crap are “the highest point of blasphemy”

Sige Relates to Marcus the Generation of the Twenty-Four Elements and of Jesus. Exposure of These Absurdities

2. But Jesus, he affirms, has the following unspeakable origin. From the mother of all things, that is, the first Tetrad; there came forth the second Tetrad, after the manner of a daughter; and thus an Ogdoad was formed, from which, again, a Decad proceeded: thus was produced a Decad and an Ogdoad. The Decad, then, being joined with the Ogdoad, and multiplying it ten times, gave rise to the number eighty; and, again, multiplying eighty ten times, produced the number eight hundred. Thus, then, the whole number of the letters proceeding from the Ogdoad [multiplied] into the Decad, is eight hundred and eighty-eight. This is the name of Jesus; for this name, if you reckon up the numerical value of the letters, amounts to eight hundred and eighty-eight. Thus, then, you have a clear statement of their opinion as to the origin of the supercelestial Jesus. Wherefore, also, the alphabet of the Greeks contains eight Monads, eight Decads, and eight Hecatads, which present the number eight hundred and eighty-eight, that is, Jesus, who is formed of all numbers; and on this account He is called Alpha and Omega, indicating His origin from all. And, again, they put the matter thus: If the first Tetrad be added up according to the progression of number, the number ten appears. For one, and two, and three, and four, when added together, form ten; and this, as they will have it, is Jesus. Moreover, Chreistus, he says, being a word of eight letters, indicates the first Ogdoad, and this, when multiplied by ten, gives birth to Jesus (888). And Christ the Son, he says, is also spoken of, that is, the Duodecad. For the name Son, (υιός) contains four letters, and Christ (Chreistus) eight, which, being combined, point out the greatness of the Duodecad. But, he alleges, before the Episemon of this name appeared, that is Jesus the Son, mankind were involved in great ignorance and error. But when this name of six letters was manifested (the person bearing it clothing Himself in flesh, that He might come under the apprehension of man's senses, and having in Himself these six and twenty-four letters), then, becoming acquainted with Him, they ceased from their ignorance, and passed from death unto life, this name serving as their guide to the Father of truth. For the Father of all had resolved to put an end to ignorance, and to destroy death. But this abolishing of ignorance was just the knowledge of Him. And therefore that man (Anthropos) was chosen according to His will, having been formed after the image of the [corresponding] power above.

5. But who will tolerate thy nonsensical Sige, who names Him that cannot be named, and expounds the nature of Him that is unspeakable, and searches out Him that is unsearchable, and declares that He whom thou maintainest to be destitute of body and form, opened His mouth and sent forth the Word, as if He were included among organized beings; and that His Word, while like to His Author, and bearing the image of the invisible, nevertheless consisted of thirty elements and four syllables? It will follow, then, according to thy theory, that the Father of all, in accordance with the likeness of the Word, consists of thirty elements and four syllables! Or, again, who will tolerate thee in thy juggling with forms and numbers,-at one time thirty, at another twenty-four, and at another, again, only six,-whilst thou shuttest up [in these] the Word of God, the Founder, and Framer, and Maker of all things; and then, again, cutting Him up piecemeal into four syllables and thirty elements; and bringing down the Lord of all who founded the heavens to the number eight hundred and eighty-eight, so that He should be similar to the alphabet; and subdividing the Father, who cannot be contained, but contains all things, into a Tetrad, and an Ogdoad, and a Decad, and a Duodecad; and by such multiplications, setting forth the unspeakable and inconceivable nature of the Father, as thou thyself declarest it to be? And showing thyself a very Daedalus for evil invention, and the wicked architect of the supreme power, thou dost construct a nature and substance for Him whom thou callest incorporeal and immaterial, out of a multitude of letters, generated the one by the other. And that power whom thou affirmest to be indivisible, thou dost nevertheless divide into consonants, and vowels, and semi-vowels; and, falsely ascribing those letters which are mute to the Father of all things, and to His Ennœa (thought), thou hast driven on all that place confidence in thee to the highest point of blasphemy, and to the grossest impiety.


Against Heresies, Book I by St. Irenæus, Chapter XV.-Sige Relates to Marcus the Generation of the Twenty-Four Elements and of Jesus. Exposure of These Absurdities, #2 & #5 (bold is ours for emphasis).


Folly of the Arguments Derived by the Heretics from Numbers, Letters, and Syllables

1. This very thing, too, still further demonstrates their opinion false, and their fictitious system untenable, that they endeavour to bring forward proofs of it, sometimes through means of numbers and the syllables of names, sometimes also through the letter of syllables, and yet again through those numbers which are, according to the practice followed by the Greeks, contained in [different] letters;-[this, I say, ] demonstrates in the clearest manner their overthrow or confusion, as well as the untenable and perverse character of their [professed] knowledge. For, transferring the name Jesus, which belongs to another language, to the numeration of the Greeks, they sometimes call it "Episemon," as having six letters, and at other times "the Plenitude of the Ogdoads," as containing the number eight hundred and eighty-eight. But His [corresponding] Greek name, which is "Soter," that is, Saviour, because it does not fit in with their system, either with respect to numerical value or as regards its letters, they pass over in silence. Yet surely, if they regard the names of the Lord, as, in accordance with the preconceived purpose of the Father, by means of their numerical value and letters, indicating number in the Pleroma, Soter, as being a Greek name, ought by means of its letters and the numbers [expressed by these], in virtue of its being Greek, to show forth the mystery of the Pleroma. But the case is not so, because it is a word of five letters, and its numerical value is one thousand four hundred and eight. But these things do not in any way correspond with their Pleroma; the account, therefore, which they give of transactions in the Pleroma cannot be true.

2. Moreover, Jesus, which is a word belonging to the proper tongue of the Hebrews, contains, as the learned among them declare, two letters and a half, and signifies that Lord who contains heaven and earth; for Jesus in the ancient Hebrew language means "heaven," while again "earth" is expressed by the words sura usser. The word, therefore, which contains heaven and earth is just Jesus. Their explanation, then, of the Episemon is false, and their numerical calculation is also manifestly overthrown. For, in their own language, Soter is a Greek word of five letters; but, on the other hand, in the Hebrew tongue, Jesus contains only two letters and a half. The total which they reckon up, viz., eight hundred and eighty-eight, therefore falls to the ground. And throughout, the Hebrew letters do not correspond in number with the Greek, although these especially, as being the more ancient and unchanging, ought to uphold the reckoning connected with the names. For these ancient, original, and generally called sacred letters of the Hebrews are ten in number (but they are written by means of fifteen ), the last letter being joined to the first. And thus they write some of these letters according to their natural sequence, just as we do, but others in a reverse direction, from the right hand towards the left, thus tracing the letters backwards. The name Christ, too, ought to be capable of being reckoned up in harmony with the Aeons of their Pleroma, inasmuch as, according to their statements, He was produced for the establishment and rectification of their Pleroma. The Father, too, in the same way, ought, both by means of letters and numerical value, to contain the number of those Aeons who were produced by Him; Bythus, in like manner, and not less Monogenes; but pre-eminently the name which is above all others, by which God is called, and which in the Hebrew tongue is expressed by Baruch, [a word] which also contains two and a half letters. From this fact, therefore, that the more important names, both in the Hebrew and Greek languages, do not conform to their system, either as respects the number of letters or the reckoning brought out of them, the forced character of their calculations respecting the rest becomes clearly manifest.


Against Heresies, Book II by St. Irenæus, Chapter XXIV.-Folly of the Arguments Derived by the Heretics from Numbers, Letters, and Syllables, #1 & #2 (bold is ours for emphasis).