What’s Max Krah been up to recently?

Congratulating the Communist Chinese colony — Tibet — on 70 years of being the CCP’s slave!
Max applauds the the Han-ification of Tibet via Communism with Chinese characteristics.
To think at one time this man controlled the SSPX’s purse strings. Now he’s selling his country out to Communist China and the theocracy of Israel. What a disgrace!
Posted by hereisjorgebergoglio at 7:17 PM No comments:

Look who likes The Gnostic Society of Los Angeles on facebook 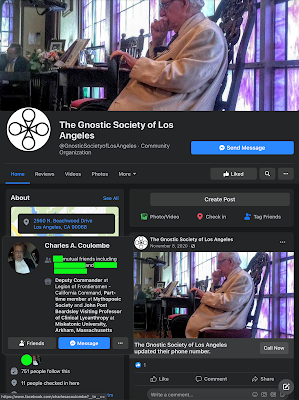 None other than the same man who participates in tarot card divination there, gives lectures there, attends Hallowe’en parties there, and has thrown at least one birthday party there. His history with the lodge goes back at least three decades.

Have you ever seen a Catholic like the Gnostic Society?

When was the last time you saw a Feeneyite brother like a Gnostic Society?

Do you believe the words out of Charles Coulombe’s mouth? 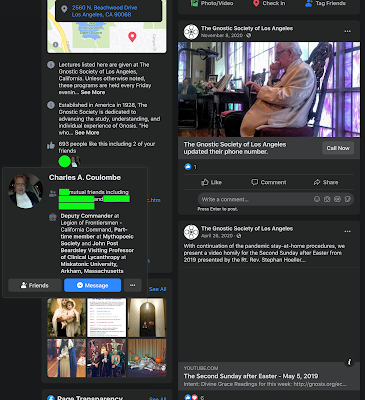 Posted by hereisjorgebergoglio at 4:40 PM No comments:

Charles Coulombe has been up his occult shenanigans for decades 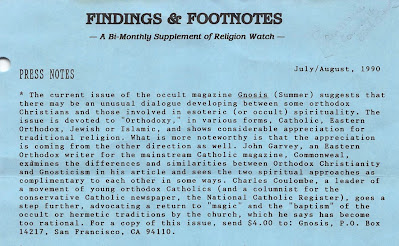 — A Bi-Monthly Supplement of Religion Watch —

* The current issue of the occult magazine Gnosis (Summer) suggests that there may be an unusual dialogue developing between some orthodox Christians and those involved in esoteric (or occult) spirituality. The issue is devoted to "Orthodoxy," in various forms, Catholic, Eastern Orthodox, Jewish or Islamic, and shows considerable appreciation for traditional religion. What is more noteworthy is that the appreciation is coming from the other direction as well. John Garvey, an Eastern Orthodox writer for the mainstream Catholic magazine, Commonweal, examines the differences and similarities between Orthodox Christianity and Gnosticism in his article and sees the two spiritual approaches as complimentary to each other in some ways. Charles Coulombe, a leader of a movement of young orthodox Catholics (and a columnist for the conservative Catholic newspaper, the National Catholic Register), goes a step further, advocating a return to "magic" and the "baptism" of the occult or hermetic traditions by the church, which he says has become too rational. For a copy of this issue, send $4.00 to: Gnosis, P.O. Box 14217, San Francisco, CA 94110.

The issue of Gnosis mentioned above: 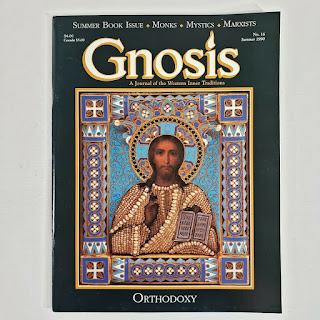 Charles Coulombe’s article (keep in mind he is a Feeneyite Brother — Br. Charles Columban, MICM), ‘The Esoteric Orthodoxy of Catholicism’: 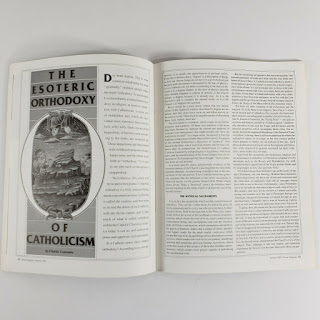 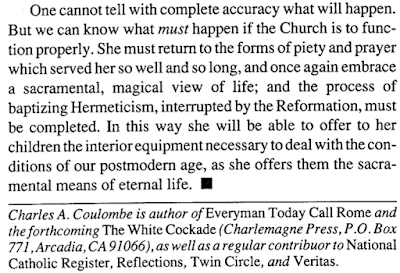 Posted by hereisjorgebergoglio at 3:19 PM No comments:

Another facet of Poland’s ‘Catholicism’


Posted by hereisjorgebergoglio at 7:25 AM No comments: 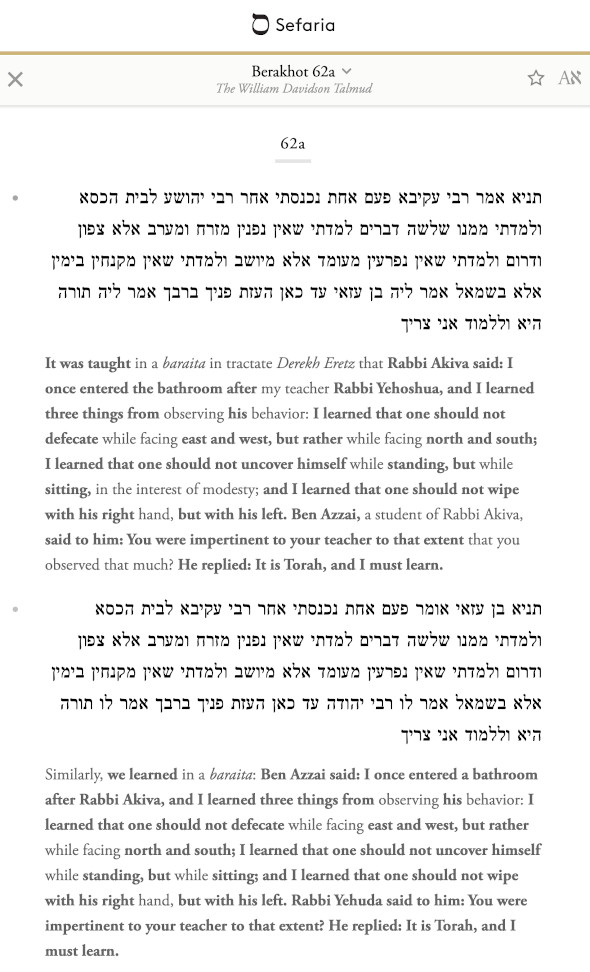 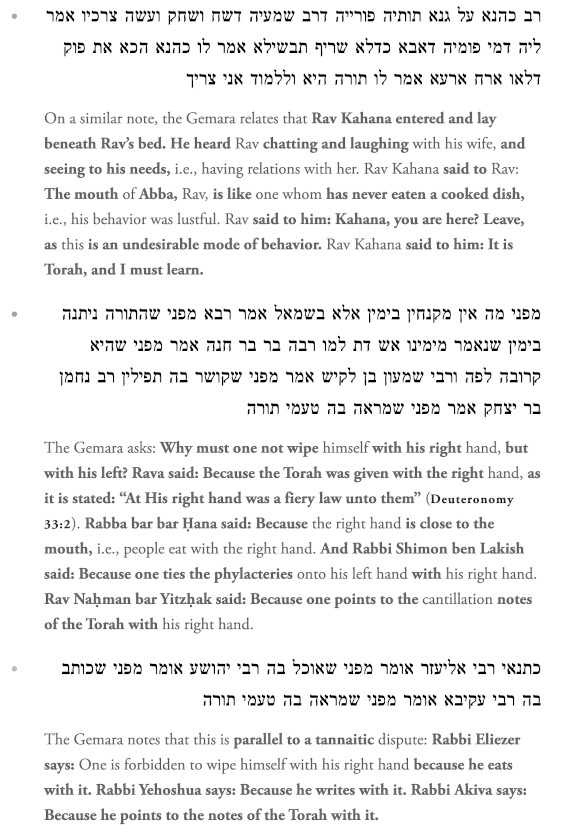 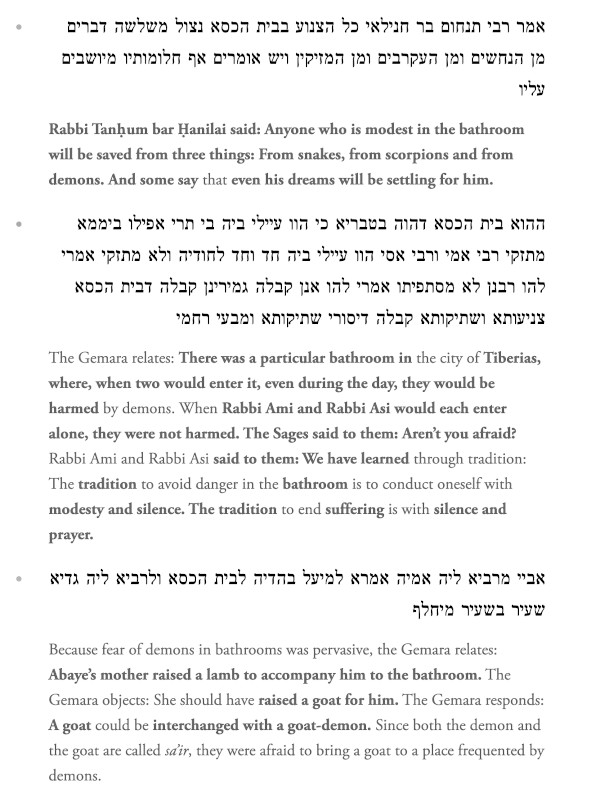 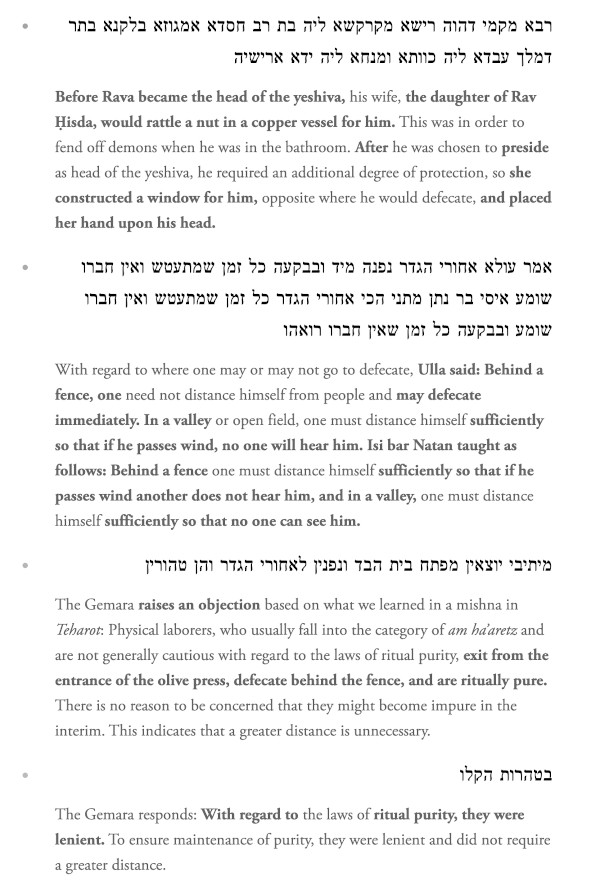 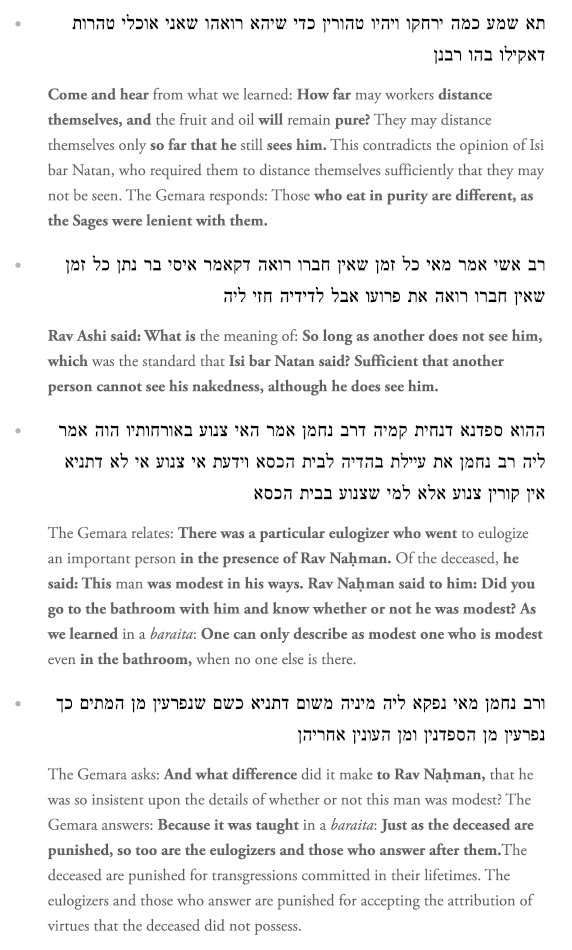 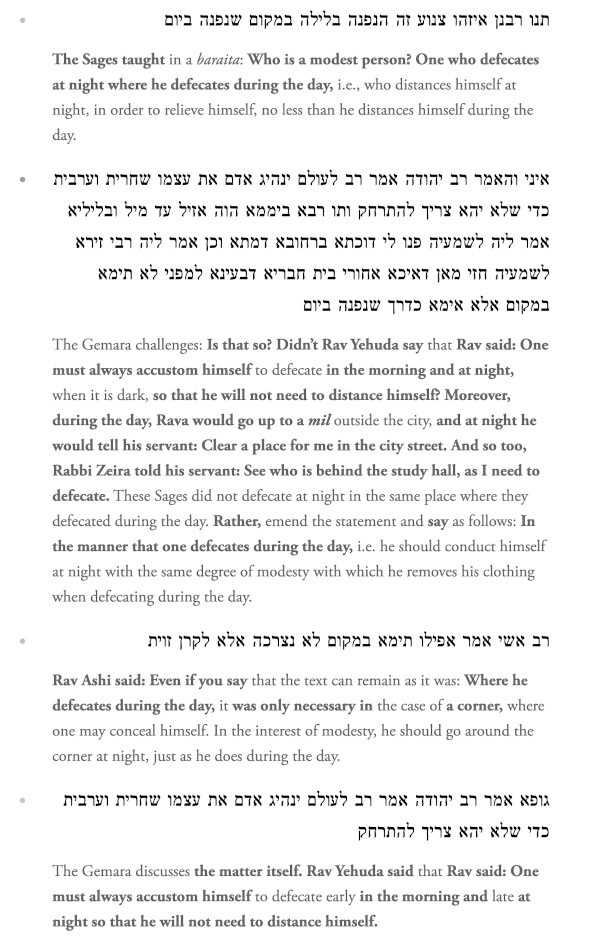 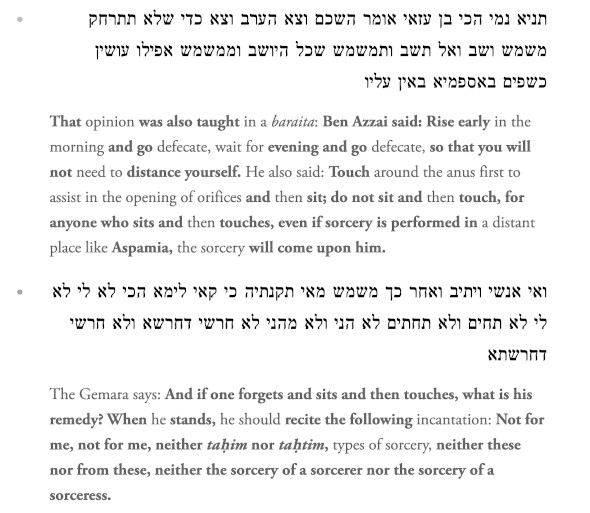 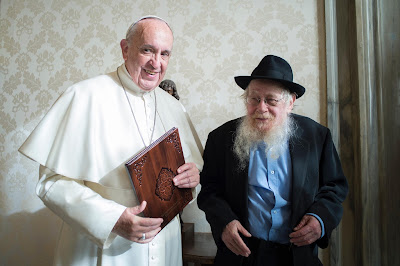 Rabbi Adin Steinsaltz gave Francis a copy of Talmud Tractate Berachot on 6 December 2016.
Posted by hereisjorgebergoglio at 3:50 PM No comments:

Uber-occultist Stephan A. Hoeller is a friend of Manly P. Hall and was employed by Hall as a faculty lecturer at the Philosophical Research Society. pic.twitter.com/i1XgudMxYx

Charles A. Coulombe founds and runs a Criswell Club whose members go by the moniker Criswellians. Charles also channels Jerome Criswell. And so we are back to where we began. pic.twitter.com/wYH0bmOXag

Posted by hereisjorgebergoglio at 9:21 AM No comments:

One facet of Poland’s ‘Catholicism’


Posted by hereisjorgebergoglio at 5:40 PM No comments:

Francis packs them in at today’s general audience 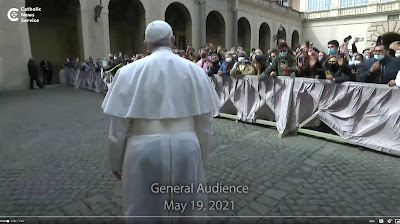 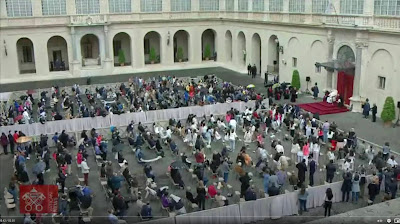 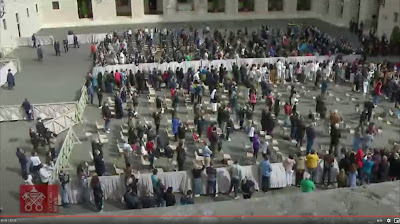 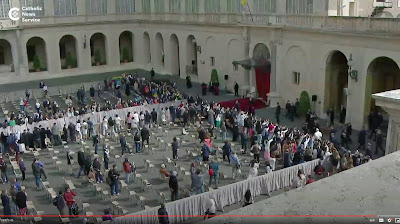 Posted by hereisjorgebergoglio at 9:27 AM No comments:


Welcome to the new new evangelization. It’s so hip!

Posted by hereisjorgebergoglio at 12:14 PM No comments:

Has anyone seen a religious brother other than the Feeneyite Br. Charles Columban celebrate their birthday in a Theosophical Freemasonic Gnostic Lodge? 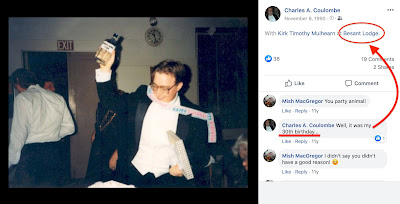 Charles A. Coulombe celebrating his 30th birthday at the Besant Lodge.

Posted by hereisjorgebergoglio at 3:18 PM No comments: 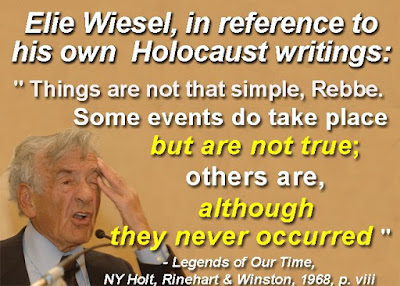 Elie Wiesel was a master manipulator of Christian minds.  An excellent book on his life including his chasidic upbringing, sexual abuse, and his career as chronic liar is, Elie Wiesel — Saint of the Holocaust: A Critical Biography. Little known to Catholics (and covered in the book) is the role the Catholic homosexual, François Mauriac, played in transforming Wiesel from a run of the mill hasidic con-man into the high priest of Holocaustianity and how further Catholic ‘intellectuals’ piggy backed onto this bandwagon in order to advance their careers.  May God have mercy on this blasphemer and liar’s soul and the souls of all those who enabled him. 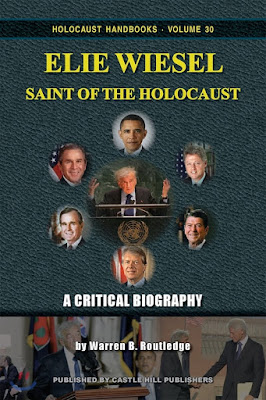 Moishe Shagal (Marc  Chagall) was one of the Jewish émigrés involved in the ‘ressourcement’ movement which played a prominent role in setting the table for Vatican II and was the foundation for religious change (of all forms of Christianity) in the 20th century. Chagall consulted with the Lubavitcher Rebbe as well as Israeli president Chaim Weizmann on using Christian imagery in artwork. Pope Francis’ favorite painting, White Crucifixion, is by him.
Chagall paints Jesus in the manner of a hasidic Jew, dutifully practicing what the Rebbes taught and practiced. Chagall in his letter to Weizmann wrote, “the presence of a Jewish painting in a church might be good propaganda for our people” and further states he paints images for the Christians worshippers, “symbolizing the suffering of the martyred Jewish people.” (p. 180, Marc Chagall by Jonathan Wilson)  Rabbi Adin Even-Israel Steinsaltz explains this technique on page 135 of My Rebbe, “[It] was an act of “conquest” and “transformation” (as the concept is known in chasidic teaching), appropriating a foreign entity for the sake of holiness - a common theme in the Rebbe’s teachings.”